So I got a lot of brothers and just about all of them ride. There's this one that really got into combing through eBay bike offerings and bidding and such. He's bought about 6 bikes in this manner and always gets a great deal. He had just racked up three Valks when the shifting fork went in my 1100 and he graciously allowed me to get one for the price he paid. It's nice to have brothers sometimes.

He kept the red one - which is a hoot to ride with that rather loud exhaust. When he moved cross country, we rode his red Tourer and his black Interstate across and had a great time.

I got the grey/black Tourer from the first photo, which is also a great bike but with an only slightly louder than stock exhaust. That's a much better situation for long rides, not to mention, I'd probably lose my license inside a month of riding that red bike just from wanting to hear it wind out into the sky.

A different brother also went out and got both an Interstate and Standard. That's his green Interstate sandwiched between my bike and my Dad's Triked GL1500.

A buddy of mine who owns the third one in the back on the last photo is on his second Valkyrie. He sold his first one still running well with 160,000 miles on it. The “new”forest green and cream one he bought from Virginia site unseen because of the unusual color combination.

Managed to get the old girl out in the sun for about 7 miles. Hot takes will be in my build thread, but it's nice to see the bike how she currently stands. 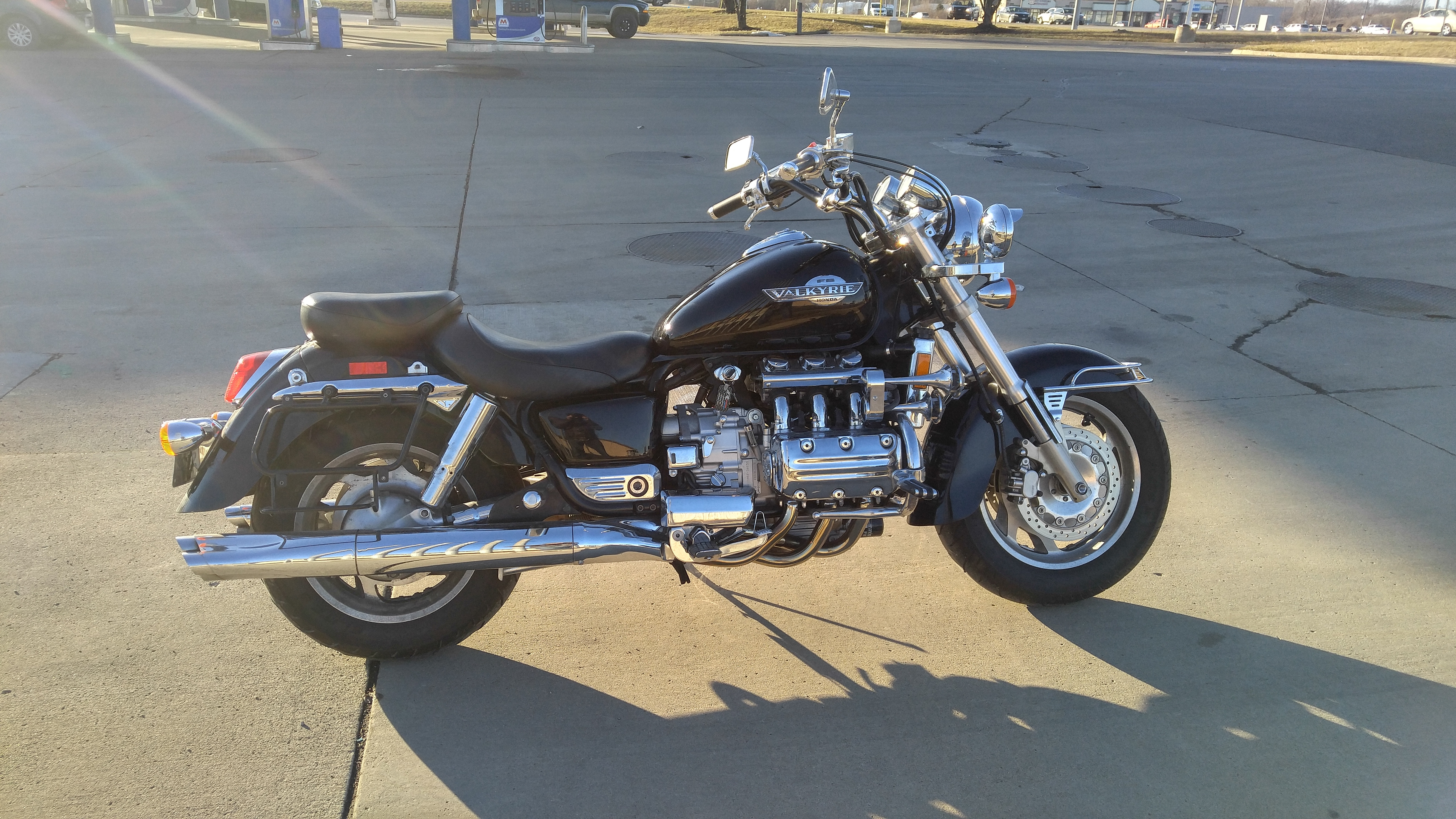 Here is my baby down South....she lives in TN.