Well, I've got enough photos now to figure on starting a project thread. 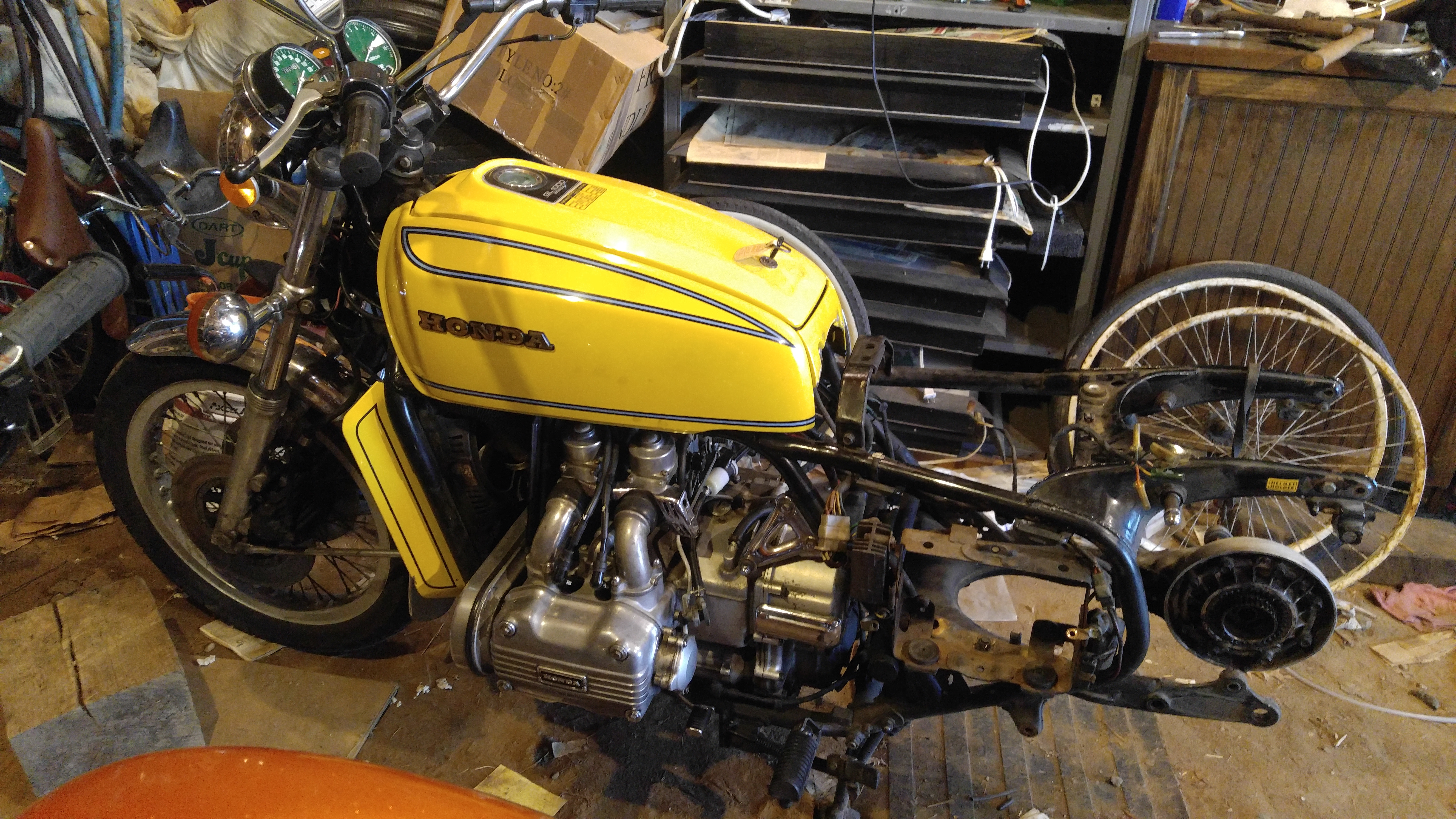 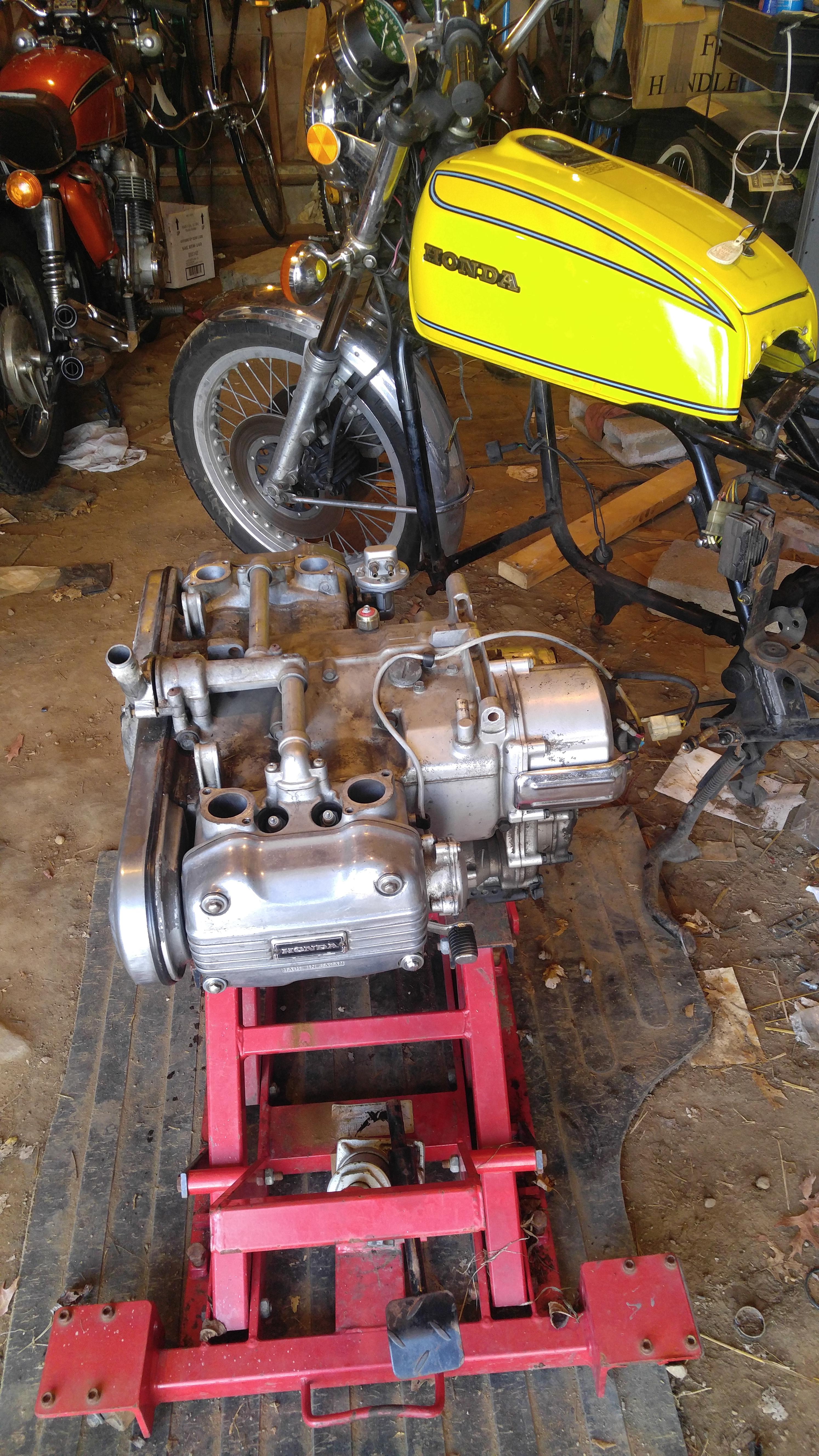 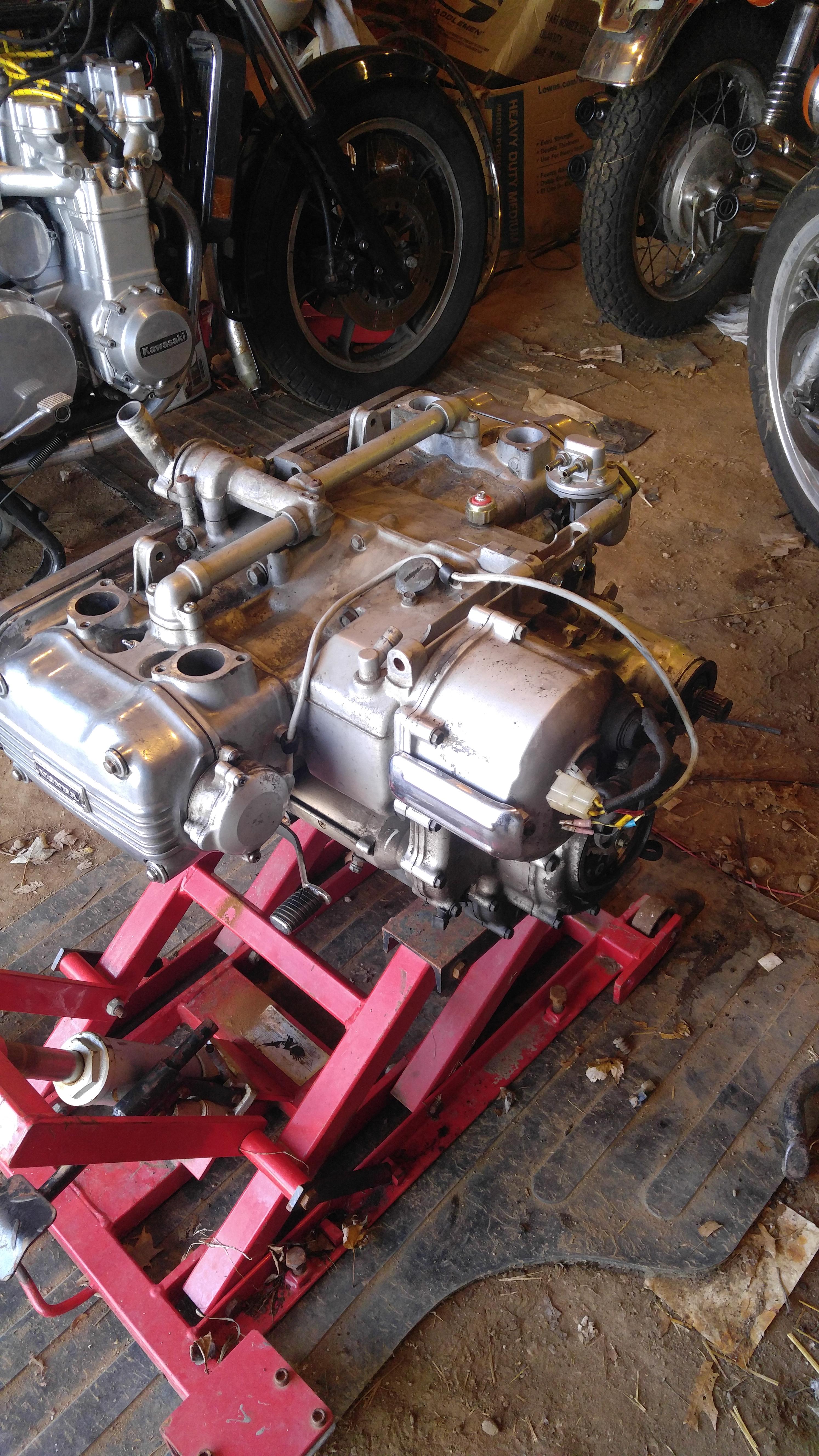 But yeah- it's not going to be a full restoration, but I'm definitely fixing and cleaning as much as I can (and budget and practicality will allow).
1997 Valkyrie- Light Cutomization, but Too Busy Riding
1969 CT90- Melted Wrist Pin Circlips. Somehow.
1976 GL1000 (Yellow)- In Many Pieces Scattered Around the Garage
1980 KZ1300- Deciphering Carb Tuning Mysteries
1972 CB750 Barn Find- Sidecovers Away At Painter
1974 Velosolex 3800- Better Than Walking

Going to fix the neutral switch while you're at it too? How about timing belt idler upgrades?
Top

Neutral switch most definitely. That little green light has bugged me since I brought the bike home.

I'll probably hold off on the idler upgrade. My current set doesn't seem to be giving me any problems, and they're easy enough to swap out with the motor in the frame.
1997 Valkyrie- Light Cutomization, but Too Busy Riding
1969 CT90- Melted Wrist Pin Circlips. Somehow.
1976 GL1000 (Yellow)- In Many Pieces Scattered Around the Garage
1980 KZ1300- Deciphering Carb Tuning Mysteries
1972 CB750 Barn Find- Sidecovers Away At Painter
1974 Velosolex 3800- Better Than Walking

it is incredible how any of you disassemble these motorcycles with disarming ease, in Italy it is unthinkable .......
Paola (Italy)
Top

I do not recall having seen any close up photos of that 1000. It is far nicer than I realized. Perfectly understandable why you're willing to go through the trouble of pulling the motor to freshen things up. A keeper for sure. Like the 750. And the KZ13. And the soon to be Valkyrie.

I think this MBS thing really is a sickness. And there is a lot of it going around. Lucien, you have a very bad case!
- Life is not about waiting for the storms to pass. It's about learning to ride in the rain.
Top

Yeah, since getting rid of my 1200, I had the realization that this means I've pulled the motor out of EVERY bike I currently own...

Structurally, it's hit and miss. The battery box will need repainted, and the airbox is rusty enough I may consider just replacing it. The gas tank is a whole 'nothing thing entirely. But it's nice enough to be worth re-doing. I just hope I can eliminate some of the weird running issues I've had along the way (but more about that later).
1997 Valkyrie- Light Cutomization, but Too Busy Riding
1969 CT90- Melted Wrist Pin Circlips. Somehow.
1976 GL1000 (Yellow)- In Many Pieces Scattered Around the Garage
1980 KZ1300- Deciphering Carb Tuning Mysteries
1972 CB750 Barn Find- Sidecovers Away At Painter
1974 Velosolex 3800- Better Than Walking

If you need a new gas tank, i might have one i can pull from my 76 parts bike. I THINK it's nice inside, but i can't recall. Have a spare airbox and battery box if needed too
Top

The good news? New clutch plates are in, and the only thing stopping me from buttoning it up 100% is a new set of springs.

The bad news? In another hit to my wallet, I took the opportunity to grab a new water pump and front gasket kit. I figure I can 100% the back end of the engine before the parts to fix up the front end show up, and then next time I get paid I can focus on the valve and cam seals for the top end. A replacement neutral switch will be part of that sometime.
1997 Valkyrie- Light Cutomization, but Too Busy Riding
1969 CT90- Melted Wrist Pin Circlips. Somehow.
1976 GL1000 (Yellow)- In Many Pieces Scattered Around the Garage
1980 KZ1300- Deciphering Carb Tuning Mysteries
1972 CB750 Barn Find- Sidecovers Away At Painter
1974 Velosolex 3800- Better Than Walking

I’m gonna say this again: any money spent on that motorcycle is money well spent. That sulphur yellow absolutely breathtaking. If that were mine, it would be the last machine I would get rid of. But, I am partial to yellow. And have had a number of yellow bikes.
- Life is not about waiting for the storms to pass. It's about learning to ride in the rain.
Top

Yeah, those yellows sure are lookers, huh? 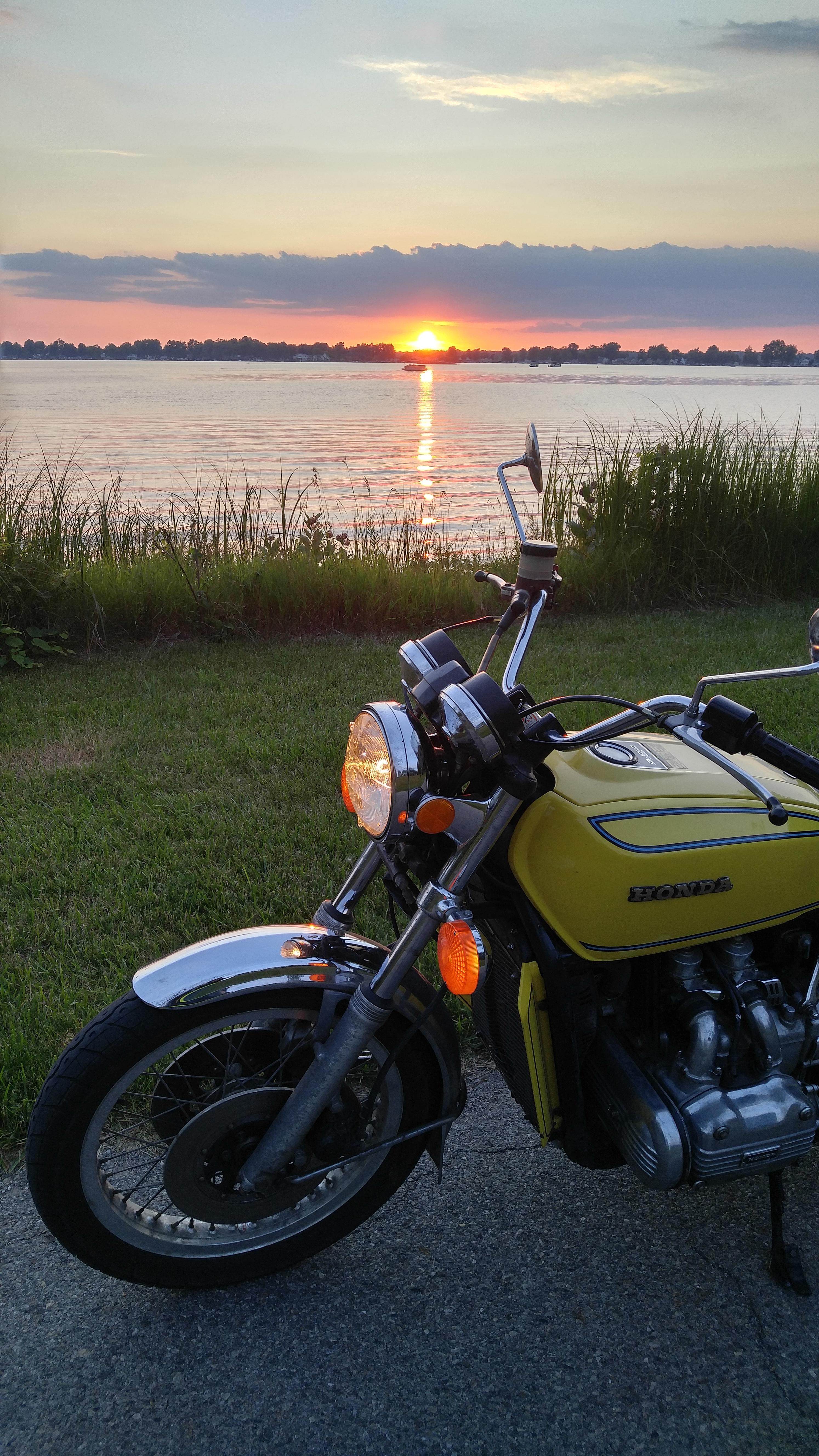 I got around to some more photogenic work. I finally got all the parts for my clutch, so I can finally call that one 100%. 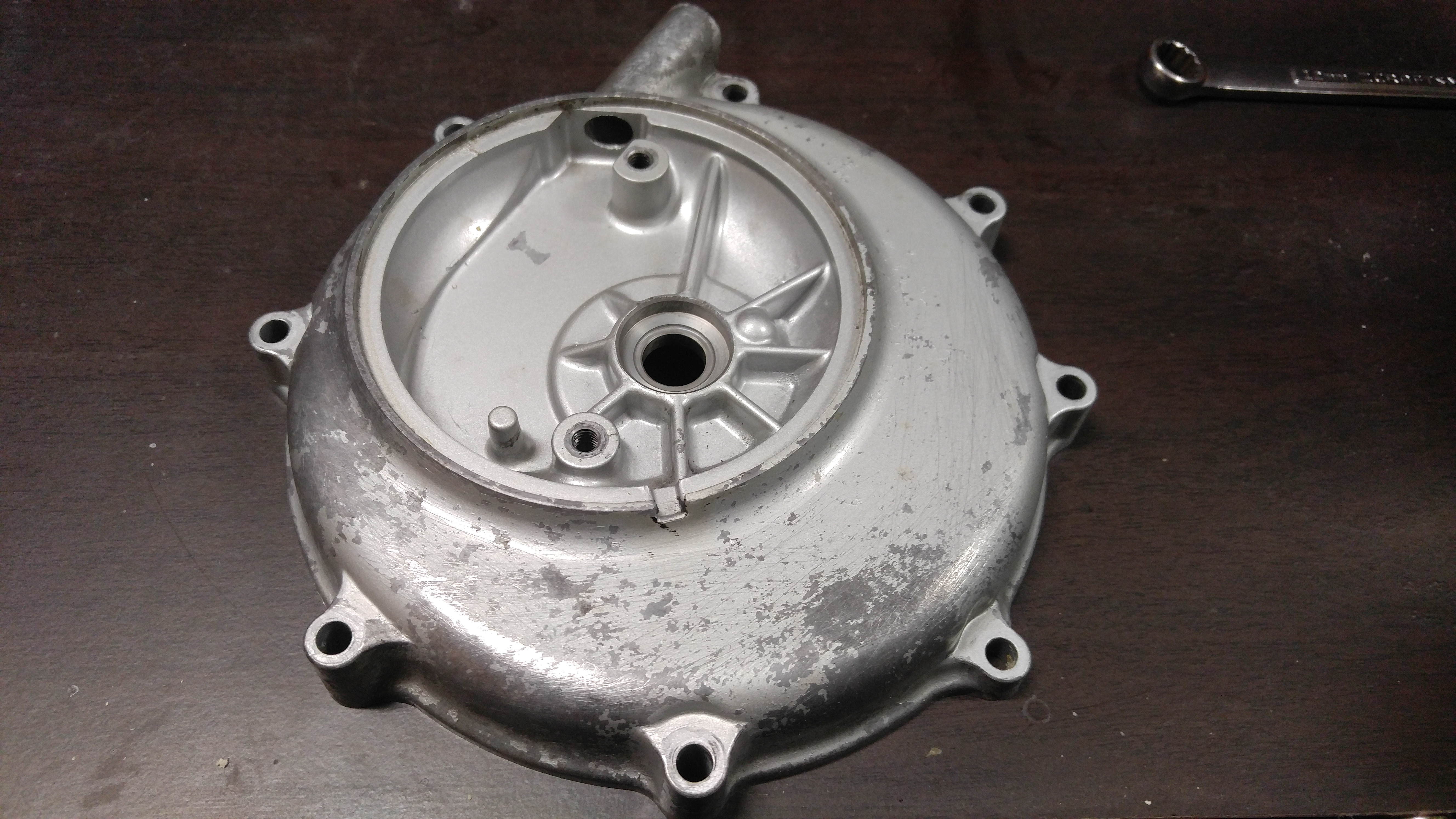 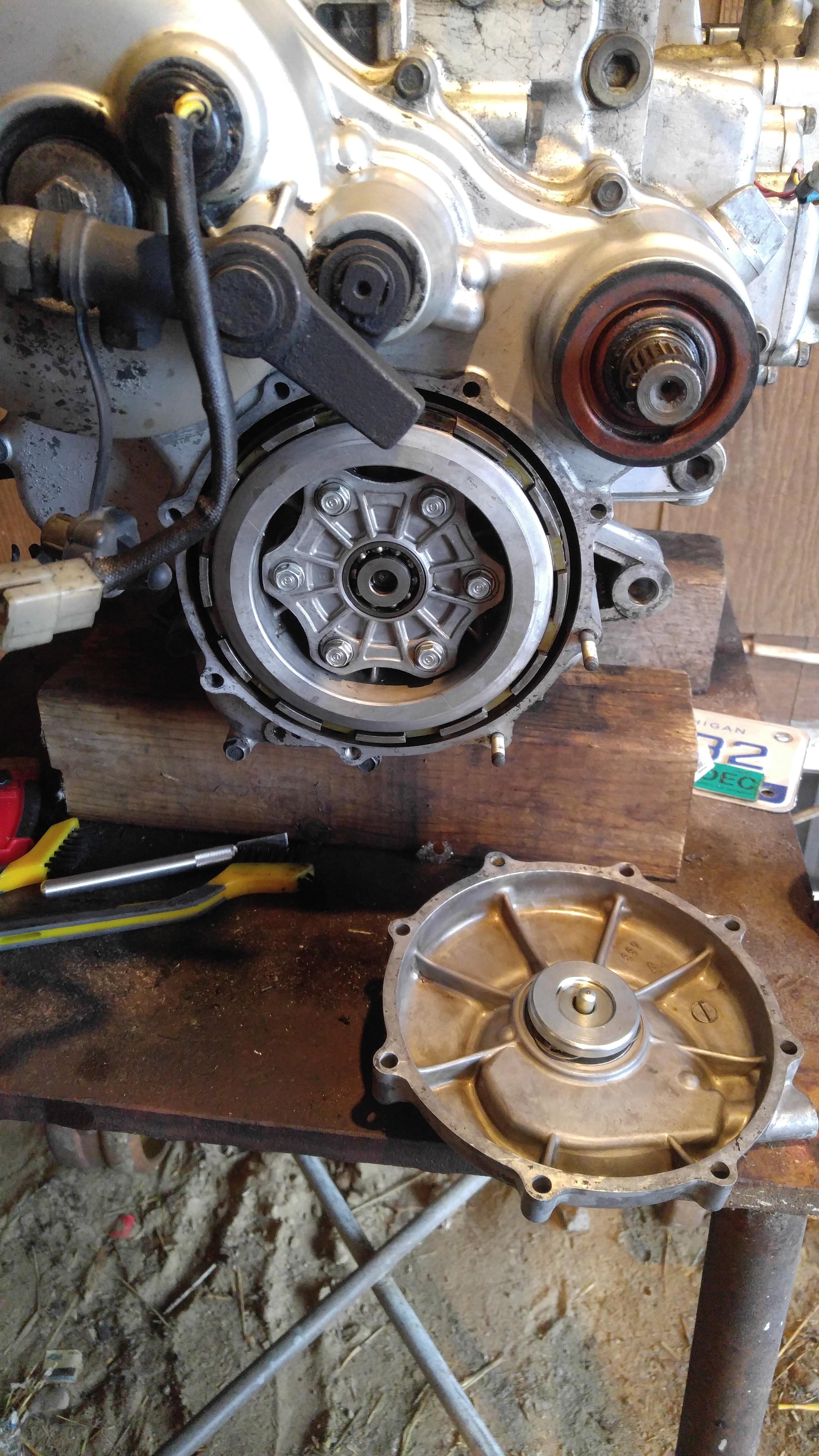 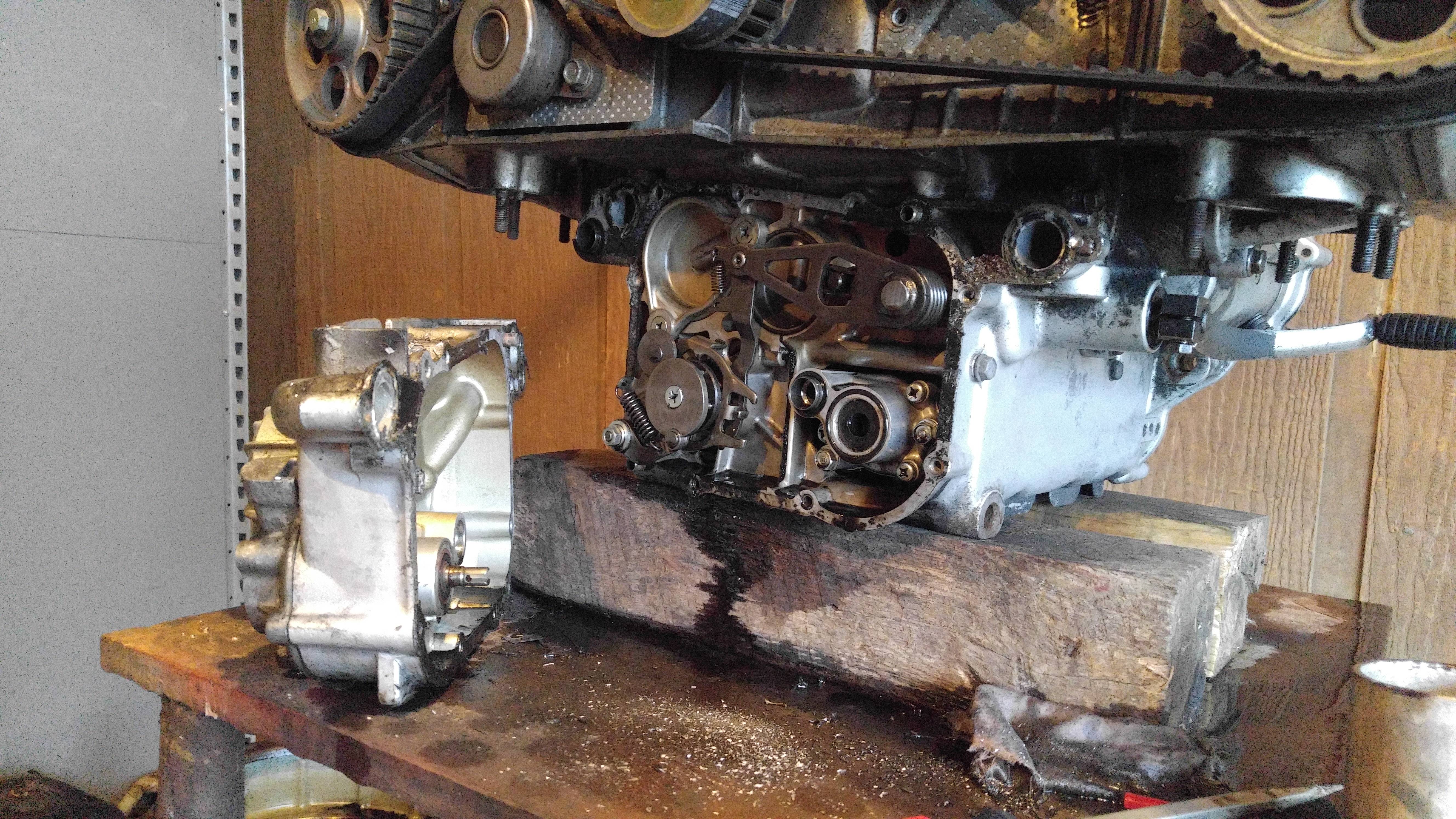 The replacement o-ring for the oil screen cover arrived today, so I took that apart, cleaned the screen, and popped it all back together, replacing the JIS screws with allen head replacements (thanks Robin). Overall it wasn't bad- there was a bit of grit, but it broke apart with enough applications of brake parts cleaner. In any case, my oil screen is now cleaned out, the seal replaced, and bolts renewed. One more thing to cross off the list. 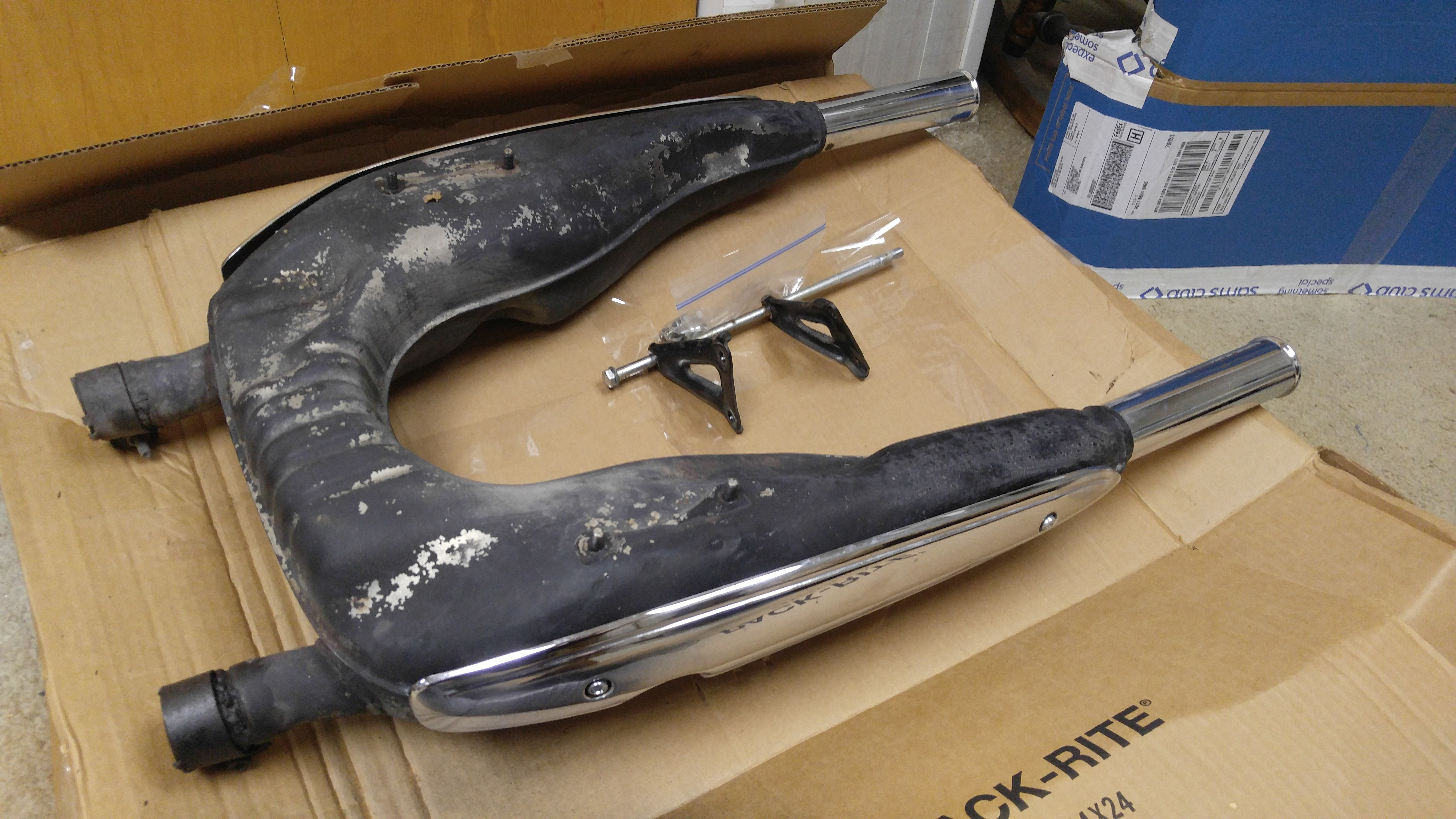 It still needs a hit of some paint, but hey- what GL1000 horse collar doesn't? Heck, I consider it a bi-yearly maintenance issue at this point. Either way, a pretty stock exhaust it always a thing of beauty.
1997 Valkyrie- Light Cutomization, but Too Busy Riding
1969 CT90- Melted Wrist Pin Circlips. Somehow.
1976 GL1000 (Yellow)- In Many Pieces Scattered Around the Garage
1980 KZ1300- Deciphering Carb Tuning Mysteries
1972 CB750 Barn Find- Sidecovers Away At Painter
1974 Velosolex 3800- Better Than Walking

All advice I give is only valid until an expert corrects me.
Top
Post Reply
72 posts